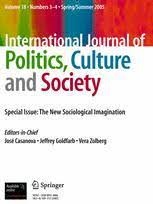 For more than a decade, the importance of urban social movements has been systematically increasing in the Polish public sphere. However, available theories of social movements cannot account for the variety of forms of urban mobilization or for the ideological differences between organizations. The aim of this paper is to demonstrate the relevance of Pierre Bourdieu’s theory of social class for research on urban movements. Using the concepts of “capital” and “habitus,” the paper explores the social vision and process of the emergence of two activist organizations in Warsaw, Poland. The study is based on qualitative research conducted from 2016 to 2019, which included an analysis of secondary resources and individual indepth interviews with members from each organization. Bourdieu’s theory of social class facilitates consideration of different aspects of the functioning of urban social movements, including the role of resources and competences, ideological divisions, and chances of success. The theory also provides an explanation for the importance of class within urban social movements. The article shows that, even though the demands of social movements appear to be values-led, in fact, they are based on the class interests of their members.