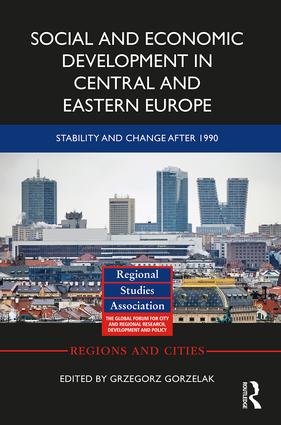 Running faster or measuring better? How is the R&D sector in Central and Eastern Europe catching up with Western Europe?

Central and Eastern Europe (CEE) is often portrayed in contrast to Western Europe. Due to a wide variety of economic, social, institutional and historical factors, this region exhibits a lower level of socio-economic development, lower levels of innovation as well as a less advanced information society and so forth. The spatial scope of the study was defined as the ten countries of Central and Eastern Europe (EU10) which acceded to the EU as part of expansion in 2004 and 2007. These are Bulgaria, Czechia, Estonia, Hungary, Lithuania, Latvia, Poland, Romania, Slovakia and Slovenia. The share of individual countries in the joint publication output of CEE countries hardly changed during the analyzed period; the greatest change took place in Hungary, whose share fell from 16% in 2000 to 11% in 2013, as well as Romania, where there was a fourfold increase in the number of articles and whose share rose from 8% to 14% in the study period.